Disclosure: When you buy through links on our site, we may earn an affiliate commission, but this never influences our opinion.

The Difference between Single Speed and Fixed Gear Bike

Bikes will come with different kinds of attachments to the cog which determines the way it rides. A single speed bike is one of the most common and perhaps the oldest type of bike and bike mechanism in the market. Single speed bikes have a single gear that is attached to the cog that allows coasting. Coasting is all about being able to ride downhill or moving on momentum without having to pedal the bike. Coasting allows the feet to rest in places that the bike can run on its own for a while. Single speed bikes may not be as versatile as the ones with more gears but are ideal for riders that happen on a consistent terrain. A bike that will face different kinds of terrain will more often than not need the help of more than one gear so as to manage the roads. A single speed bike comes will a simpler mechanism without any gear levers. Most road bikes will have this class of bikes ranging from cruisers, Dutch bikes, and even mountain bikes. 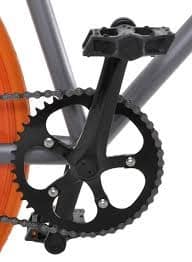 The fixed gear bike is one of the most common bikes when it comes to stunts and tricks. The bikes have their cogs fixed which mean that the pedaling action is tied to the movement of the bike. These bikes are a lot of fun in some scenarios including riding in parks and doing stunts. The fixed gear mechanism will only move when the pedals move. This means that you can ride the bike backward if you can master it. These bikes may not be the most ideal for long distances because you will have to pedal whether you are riding downhill or uphill. They come with some advantages over the gear bikes though lie much on preference.

Fixed gear bikes are the best when it comes exercising. The fact that the feet will have to keep pedaling as the bike moves make them a real work out. Bikes that allow coasting will give the rider time to rest. The fixed gear mechanism is also a fun way to have your bike. The bikes are excellent for stunts that allow you to ride front and backward as well as have full control of the bikes. The bikes are however not the best when it comes to long tours. The constant pedaling will wear you out especially when going downhill. The pedals may move too fast for your biking and in the worst case scenario hurt you.

The fixed gear bikes also depend on the mechanism for braking. It is advised the users of these bikes fix brakes on them. Most people will, however, prefer old fashioned bike chain braking. This can easily backfire especially when riding too fast. It will also be ultimately fatal if the chain brakes at high speed. There will then be no way to stop the bike. The fixed gear bikes are also the easiest to fix when it comes to most bikes. This is because the gear mechanism is simple. Most will not even have brakes which are convenient for those not keen on maintaining braking systems. 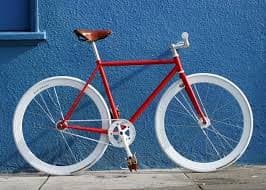 The single gear bikes are some of the most comfortable bikes on the market. They are not the best for tricks and stunts but will do at times. BMX bikes are used often for jumping feats in extreme sports. Most of these are single speed bikes. They are the best for cruises around town as well as the neighborhood. They are easy to fix and are also low maintenance. The fact of the matter is that single speed bikes are okay when it comes to tours but will not be the best. Long trips will need more gears on the cog for the purpose of handling different road gradients. These will, however, be handy for beginners that are learning to ride. They are also cheaper than the multiple gear ones.

Which do I pick? 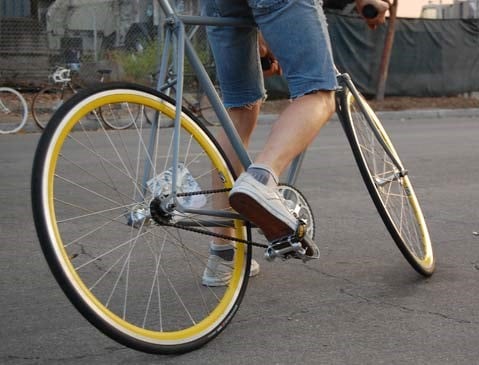 Picking the fixed gear bike should fully rely on the purposes intended for the same. These are not the best if you are looking for an average riding experience. These are used by stuntmen and people looking for ideal workouts. The single speed bike is okay if you are looking for a simple, regular ride. The fact that they allow coasting makes them perfect for downhill situations. The fixed gear bike is mostly used by pros that know how to handle it in stressful circumstances. It is easy to get hurt on a fixed gear bike if you do not have the strength to brake or the expertise to control the bike. They are also risky in case the chain breaks. This is a problem especially if you are heavily dependent on the chain for this action. The single gear will allow you to stop even after the chain is gone.

You can use still choose to have both bikes for different experiences. All these are all about having fun as well as getting fit one way or another. The fact that both bikes have cheap options makes them worth having. Your health condition will also determine the bike you pick. The elderly is suited more for the single speed while the fittest individuals will enjoy the fun that comes with a fixed gear bike.

My name is Dion Lewis.

I’ve been cycling from my childhood. When I was in high school, I started racing in our local competitions.

At my college life, I took a part time job in a bicycle shop and I learned how to repair and maintain bicycles professionally.

Though I love racing, mountain biking is another thing I do frequently. My friends, neighbors, and colleagues treat me as an avid rider and take my suggestions while they plan for a new bike or a bike gear.
Related Articles
1 Comment